What you need to know about the PHP 7.1 End of Life 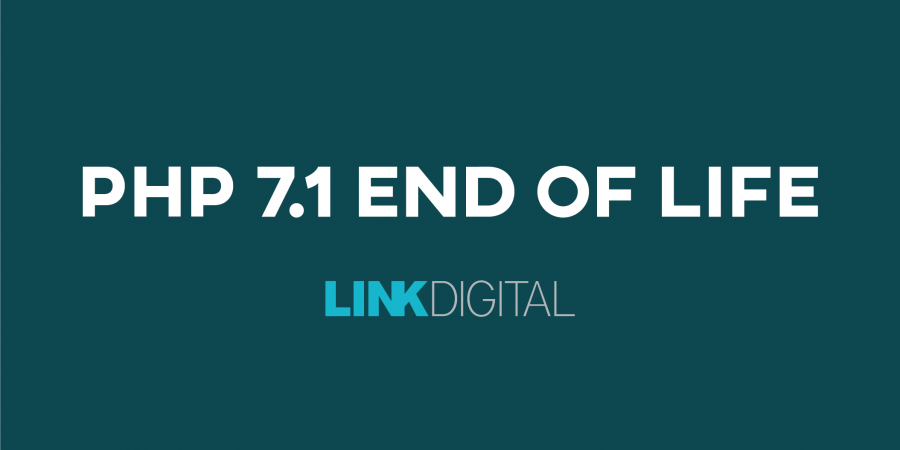 Reluctance with updates and patches is justifiable especially if your website is working just fine. Yet when a version of a programming language reaches end of life for on-going support, it becomes a whole different story. Companies both big and small will need to take action or risk downtime and security issues which could cripple their online operations.

In this article, we’ll discuss what you need to learn about the upcoming End of Life (EoL) for PHP 7.1.

“End-of-life” is a term that indicates a product is at the end of its useful life (at least from the vendor’s perspective) and existing marketing, selling and other processes are terminated by the vendor.

Simply put, end of life means support will be terminated for a product/software beyond the stated EoL date. Market demands and technological innovation are usually the main driving forces for this occurring.

PHP is a general-purpose programming language originally designed for web development. From giant entities like Facebook and Wikipedia to smaller organisations and personal sites, it is a known fact that all Drupal and WordPress websites rely heavily on PHP.

Released in 2016, PHP 7.1 provided a significant increase in the site speed of those who upgraded from PHP 5.6 when it reached end of life last December 2018. This coming December 1st, users will be facing a similar scenario – only this time, PHP 7.1 will be the one sunsetting.

While migrating to a later version may be a complex process, the time estimate for upgrade depends on the complexity of the codebase. Feel free to contact us for a free assessment and quote to upgrade your site.

If you need help in migrating your website to a later version of PHP or if you have further questions about PHP 7.1 EoL, get in touch with the Link Digital team today.